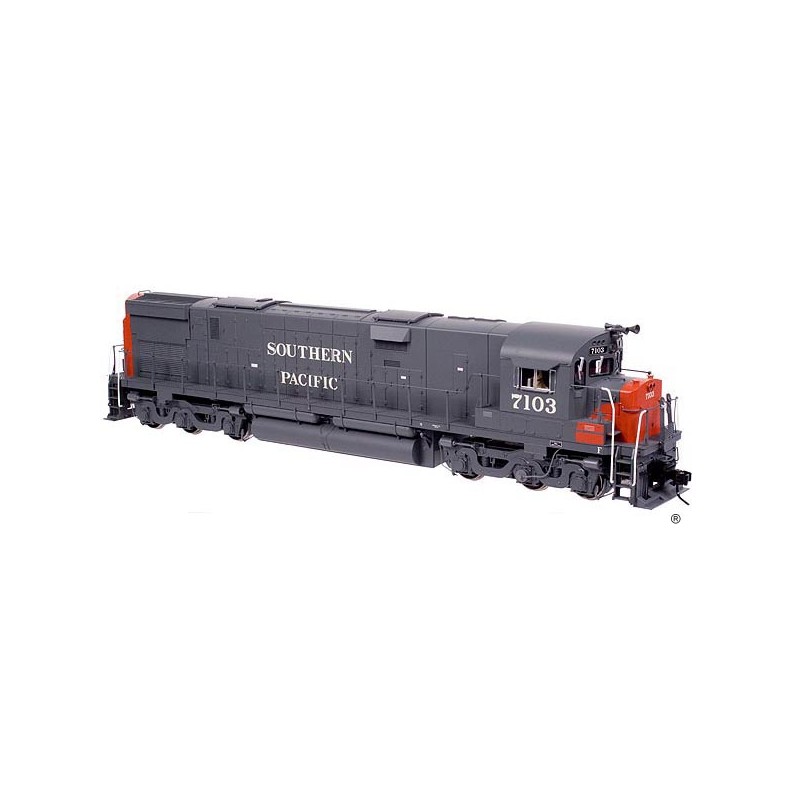 
During 1965 ALCo started producing the 3,000 hp Century 630 Locomotive. It was produced concurrently with the 2,800 hp C-628, but it incorporated an advanced GE a.c. traction alternator which provided the extra 200 hp. The most distinctive spotting feature of the C-630 is the large aftercooler radiator housing which extends above the roofline (the aftercooler radiators enhanced the performance of the locomotive while operating under a heavy load). The C-630 featured a modified cab which offered more interior space for the crew. Through the end of production in the late 1960s, a total of 133 units were produced for railroads in the US and Canada.

Introduced in August 1963 by the American Locomotive Company, this 2,750 hp locomotive was billed as "the most powerful single-engine diesel locomotive ever built in the United States." As part of ALCo's Century Line, the C-628 was intended for heavy-haul road freight service throughout the country.


• All metal handrails and stanchions