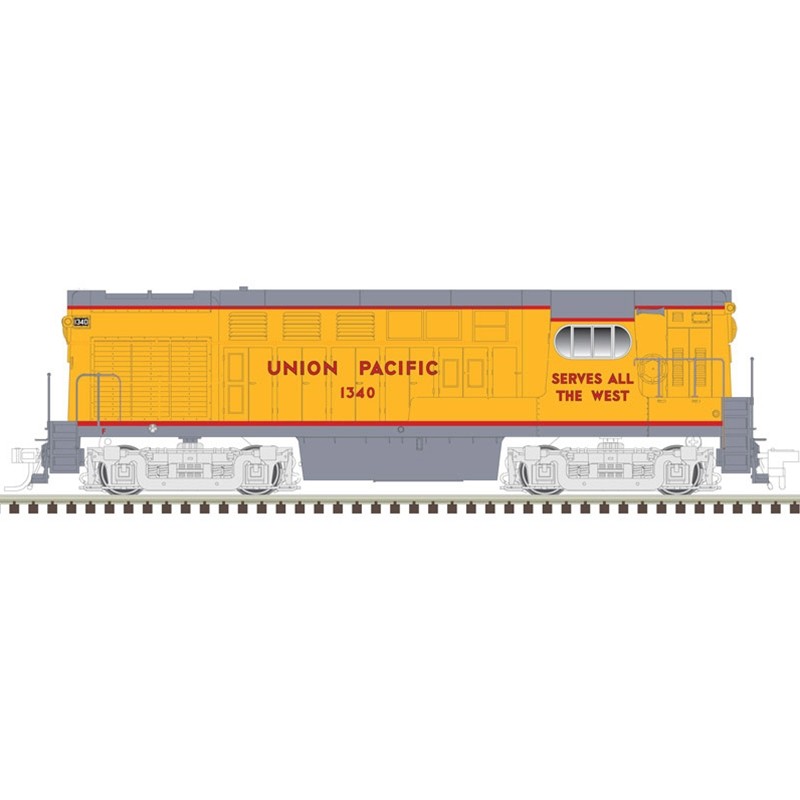 In the late 1940s, the design team at Fairbanks-Morse (FM) set out to develop an 8-cylinder 1,500-horsepower all-purpose road switcher using their opposed-piston diesel engine design. By September 1947 FM had produced the first H15-44 locomotive in the form of Demonstrator “FM 1500”. The hood-unit style body included distinctive features such as slightly sloped ends, rounded corners, oval cab-side windows and a raised, rounded headlight base on each end.

The first purchaser of the H15-44 was Monon, who quickly bought both the demonstrator and the second unit built in December 1947. Three units were then built for Rio Grande before additional demonstrators were produced later in 1948. Before production ended in mid-1949, a total of 35 units had been built, with Jersey Central owning the most units (14 total).

By 1950 other builders had increased the horsepower of their competing road switchers, and FM responded with the 8-cylinder 1,600-horsepower H16-44 model. The earliest units were externally very similar to the previous H15-44. MKT 1591 was initially ordered as an H15-44, but was upgraded to 1,600hp during production.

The first true production H16-44s were ordered by Jersey Central. Several large railroads purchased this model, including Santa Fe, New York Central, Southern and Pennsylvania. A total of 99 units would be produced before production of the “phase I” version ended in December 1952. FM continued to produce H16-44s with phase II and III body styles through 1963.

Our model represents the “phase I” body style of both the H15-44 and H16-44 that was produced between 1947 and 1952. Options include FM or AAR truck side frames, high or low-mounted headlights, early or late-production phase 1 hoods and a removable fuel tank skirt.

Sound Functionality Featur es (Gold Models Only):
Over 20 sound effects are available, including engine start-up and shutdown, prime mover sounds through all eight notches, bell, air horn, air compressor, dynamic brakes and more. There are 16 user-selectable horns, 2 user-selectable bells, and 2 user-selectable synchronized brake squeals. Manual and Automatic Notching modes with the ability to change modes ”on the fly” are provided for true realism.