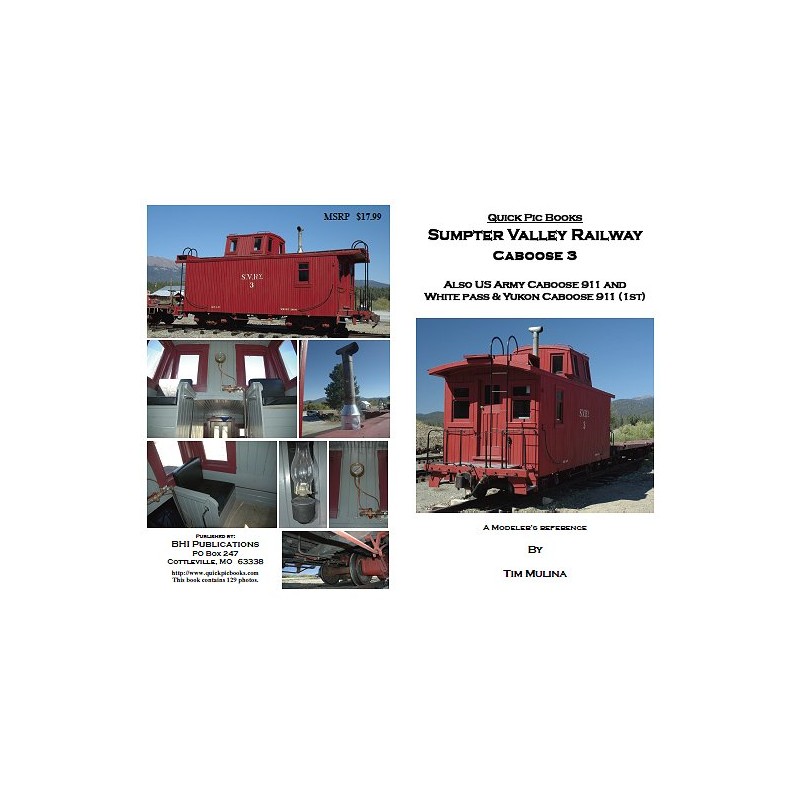 Below are a sampling of pages from the book.

Our Quick Pic Book series shows the subjects in extensive black & white photographs which have often been digitally edited to best exhibit the details.

This car was built in the Sumpter Valley's own South Baker City shops
and ran on the SV for quite a while until it was taken by the Army for
use on the White Pass & Yukon during WW2. It wore road number USA 911 during the war years and after the war stayed up on the White Pass as
WP&Y 911 until retired. It was later used as a shed and then recently it
was saved by the group which is restoring the Sumpter Valley and it was
restored inside and out. This book shows all the details of it as it is
restored. The group restoring it used the original SV data and plans
that they have for this restoration so it is as accurate as can be done.