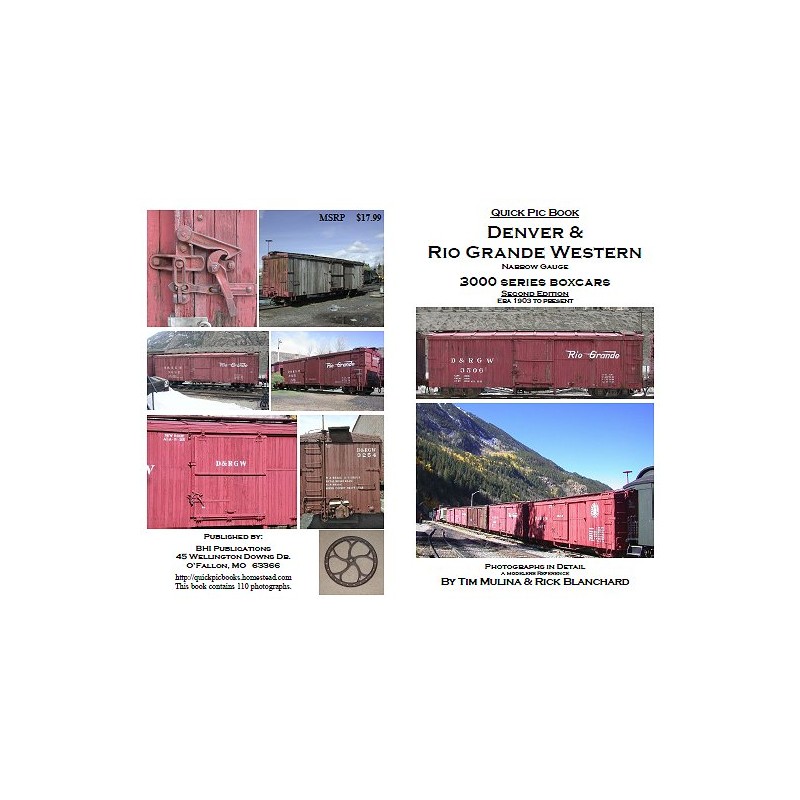 Our Quick Pic Book series shows the subjects in extensive black & white photographs which have often been digitally edited to best exhibit the details.
This volume shows all the details on these cars, inside and out including variations.
These cars were built by American Car & Foundry and were the largest single class of cars built for the American 3' gauge railroads. Because of this, they
often could be found on the Colorado & Southern, Rio Grande Southern, and the Mears lines out of Silverton most commonly the Silverton Northern. There were some that were reserved for special lading such as beans, sugar, & silica.
Originally built with an external end brace, these were discarded during one of the earliest shoppings of these cars as few photos of them exist in that configuration.
The 2nd edition of A Century + 10 of D&RGW NG Freight Cars has assignments.
This book has 62 pages with 109 B&W photos
BHI Publications
91142
1 Artikel