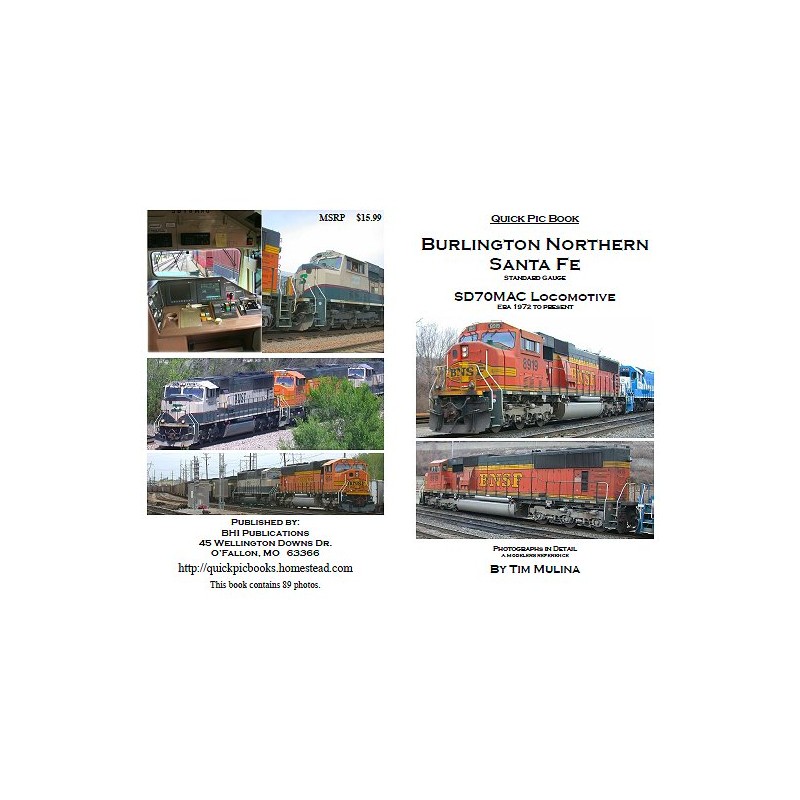 Our Quick Pic Book series shows the subjects in extensive black & white photographs which have often been digitally edited to best exhibit the details. This book shows the details inside and out of these locomotives.

The SD70MAC is one of the most popular locomotives on the BNSF and
other railroads and bridged the era where most railroads stayed away from
AC powered traction motors in their units to the much more accepted now
AC powered ones. In this book both the early version of the larger cab and the newer version of it are shown. There are two big differences in the two from the appearance point of view. First is that the early cabs had not yet been
isolated from the frame/body of the locomotive as they were on the later
version. That means that the early units gave much rougher and noisier ride to the crews. The second difference from a cosmetic point is that the front
door on the nose switched from the fireman's side on the early units to the engineer's side on the later units. Both the older trucks and the newer HTCR trucks are shown in detail in this book as well as the cab interior and much more.