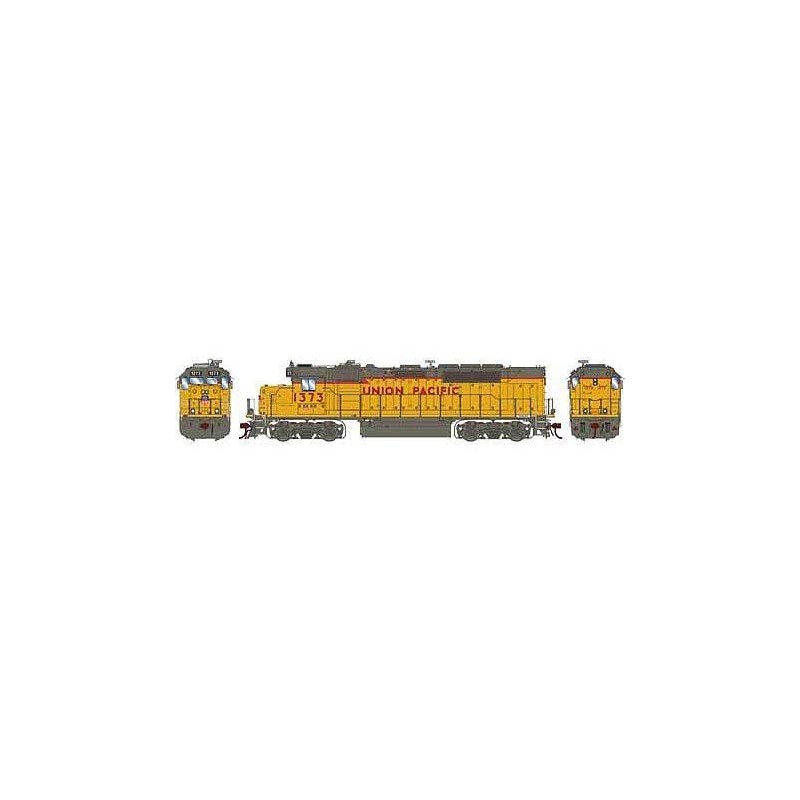 Southern Pacific in 1974 purchased from EMD the GP40P-2 with almost every conceivable EMD/SP option at the time, with exception of Locotrol and Tunnel Motor style radiators. These locomotives were very distinctive with their longer frame and flared radiator grills. With intention to retire the Fairbanks-Morse Train Masters, the GP40P-2 were assigned out of the Bay Area, for commute service between San Francisco and San Jose. SP #3197 was painted in commemorative red-white-blue bicentennial livery in 1975 and remained this way until 1980 when it was returned to the red and grey.

PRIMED FOR GRIME MODELS FEATURE:
•Duplicated look and feel of “In Service” equipment; “Tattered and Torn” just like the real thing
•Faded base colors matched to the prototype
•Patches applied and shaped per road number matching each corresponding side to the prototype
•Perfect starting point for adding grime and rust

The EMD GP40-2 is a 4-axle diesel road switcher locomotive built by General Motors Electro-Motive Division as part of its Dash 2 line between April 1972 and December 1986. The locomotive’s power was provided by an EMD 645E3 16-cylinder engine which generated 3,000 horsepower.

Standard GP40-2 production totalled 861 units, with 817 built for U.S. railroads, and 44 for Mexican roads. In addition, three GP40P-2s, passenger versions of the GP40-2, were built for Southern Pacific in 1974, and 279 GP40-2L(W) and GP40-2(W) units, equipped with wide-nosed cabs, were built by General Motors Diesel (GMD), for Canadian National and GO Transit between 1974 and 1976. Of the CN units, 233 were built with a taller and lighter frame to allow for a larger fuel tank. These units were officially classified GP40-2L but are commonly referred to as GP40-2L(W). The balance of CN’s fleet, 35 units, and the 11 unit GO Transit fleet, used standard frames and smaller fuel tanks; they are often referred to as GP40-2(W) but are classified as GP40-2.

Like the SD40-2 the GP40-2 has a reputation for reliability, and many are still in use. Changes such as the modular electronics system improved reliability over the GP40. Their high power-per-axle rating suited them to high-speed service rather than low-speed drag freights.