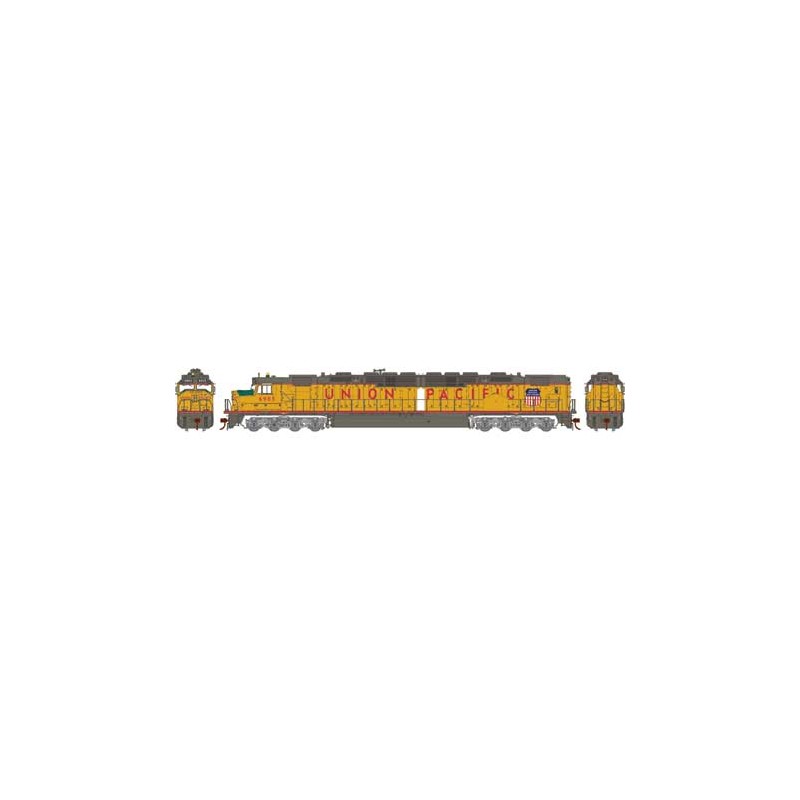 Detailed Information
PROTOTYPE AND BACKGROUND INFORMATION
Built by EMD exclusively for Union Pacific between 1969 & 1971, the DDA40X Centennial locomotives were the modern equivalent of the railroad’s famed Big Boy steam locomotives. These massive 98-foot double-engine diesels were UP’s mainstay hotshot power for a decade until they were sidelined by the recession of the early 1980’s. They had one last hurrah in 1984-85 when 25 of the them were returned to service for about a year to help relieve a power shortage. These units go great with Union Pacific ‘Fast Forties’ SD40-2s (ATH71202, ATH72103, ATH72104, ATH72105), also announced this month!