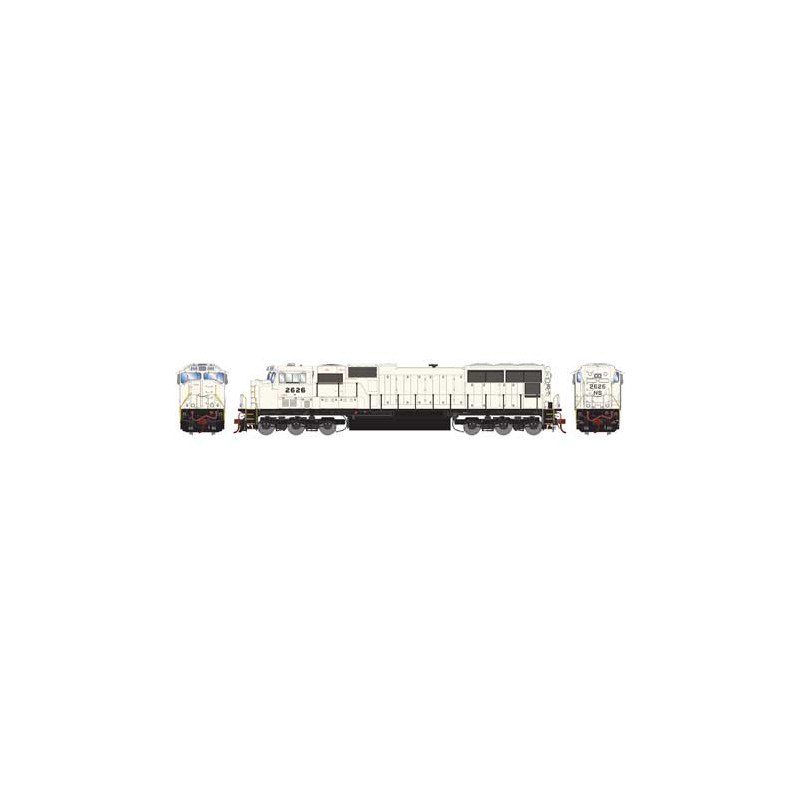 UP FEATURES:
#4014: •From first production group of UP SD70Ms. This particular unit was used to lead the Big Boy, also numbered 4014, on its trip from West Colton to Cheyenne.
#3978, 3997: •Former SP units repainted into variation of UP lightning stripe scheme. Equipped with PTC antennas.
#3986: •Patched former SP unit; lasted until 2004 before being fully repainted.

Continuing upon the successful SD60-series, in 1992 EMD debuted the next step in locomotive evolution with the SD70-series. While outwardly similar at first glance to the SD60M, the D.C.-drive SD70M featured several external design refinements from the predecessor model. Battery boxes were relocated to the left-hand side walkway immediately behind the cab, a large, boxy forward traction motor blower housing replaced the angular version used on SD60s, the raised walkway duct on the left hand walkway was eliminated, and an intake for the rear traction motor blower on the left hand side of the carbody, directly under the rear radiator intake grill, was added.

Internally, the SD70 boasted improvements as well; a 16-710GB prime mover, rated at 4,000hp, was coupled to a new alternator design, the AR20. New D70TR traction motors were standard, and controlling all of this power and locomotive function was EMD’s new EM2000 microprocessor, which boasted more memory, twice the processing speed, and improved locomotive self-diagnostic capabilities compared to the processor suite used in the SD60. Even more revolutionary was the inclusion of EMD’s patented “Radial” truck design, the HTC-R. This design, which made its debut under EMD Demo SD60 #3, replaced the venerable HT-C truck, and is unique in its ability to shift, or “steer”, the wheelsets laterally through curves, resulting in greatly reduced wheelset and track wear, and coupled with the new D70TR traction motors and EM2000 microprocessor, greatly improved adhesion.

Continuing with previous practice, EMD built a set of Demonstrator SD70Ms, EMD 7000-7002, all equipped with the North American safety-cab (hence the “M” in their model designation), and decked out in an attractive gray, silver, and burgundy paint scheme. These units travelled all over North America, showing off the latest technology from EMD. Southern Pacific, Union Pacific and eventually Norfolk Southern would sign up for the SD70M models. Although NS started out with the “Spartan” cab SD70, they eventually returned for the SD70M model. By 2004 the SD70M began to be delivered with the familiar “flared” radiator grilles. Both NS and UP have examples of these locomotives on their roster, and you can still find the entire fleet of SD70Ms in regular service today.