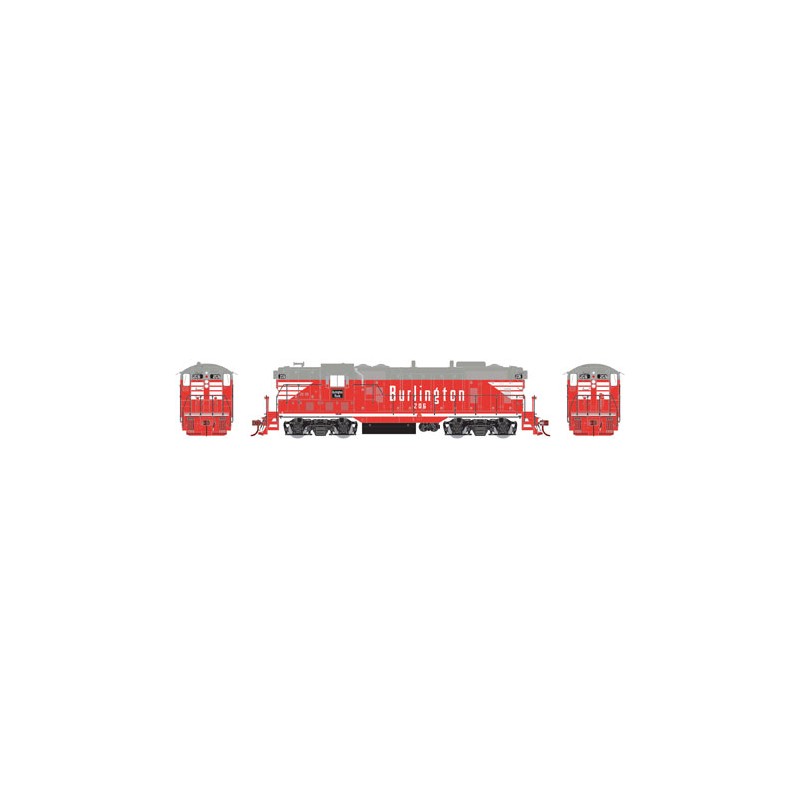 These locomotives didn’t change much before Pearlman Green came along. Big barrel headlights, orange and silver paint and the feather logo on the cab side. Back in the fifties they were mainline power and will look great with our previously released GP9s, but as time went on they were mostly used as heavy switchers and local power system wide.

In 1949, EMD introduced the GP7. The basic design followed most diesel switchers with the addition of a short hood instead of an end-cab. The hoods were also full height to better accommodate the diesel engine and mechanical and electrical components.

In 1954 EMD upgraded the GP7 to become the 1,750 horsepower GP9. Externally, the first GP9s were virtually unchanged from the last GP7s. Later versions would include different louver arrangements and the last ones would come without the frame skirting. The GP9 was availalbe with all of the fuel tank, steam generator, and dynamic brake options as the GP7 including “torpedo boats.”