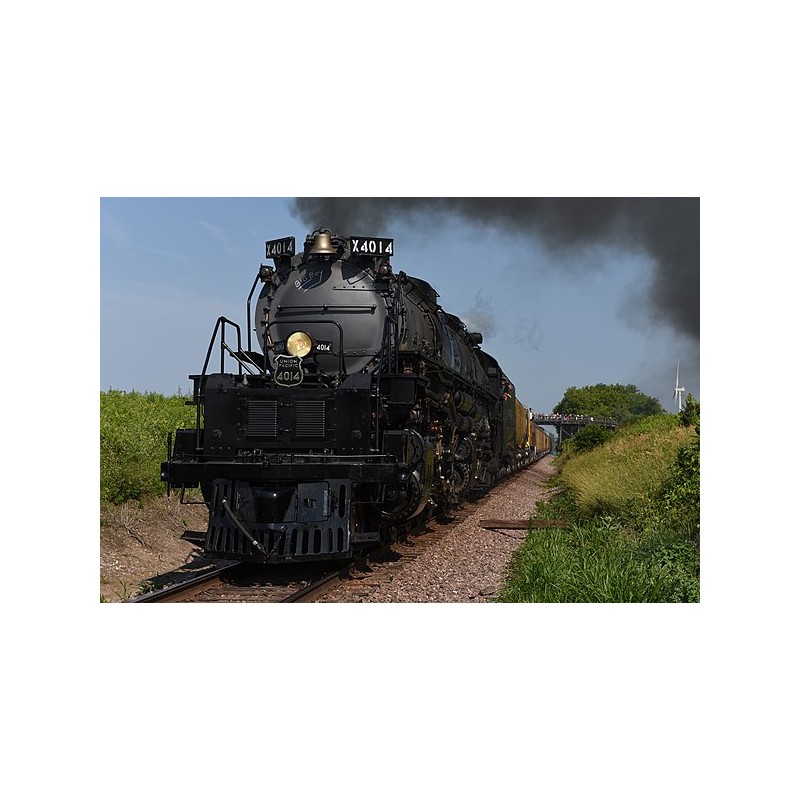 
Often called The largest steam loco ever made, and certainly a contender for the Worlds Most Famous Locomotive, the Big Boy was forged under some of the most strenuous demands ever placed on a locomotive. The UP Railroad needed a locomotive that could be used to pull a 3,600-ton train over Sherman Hill and the 1.14% grade from Ogden to Wasatch, Utah without the need for helpers.
When the design specifications were complete, it was decided on the use of a simple articulated, high speed, 132 ft. long locomotive sporting sixteen 68 diameter drive wheels. What they created was the longest and among the heaviest, most powerful steam locomotive legends in the world. And had not the worker at ALCO chalked Big Boy on the side of the smoke box of one of the 4-8-8-4s under construction, a name that immediately caught on, it is rumored that the name of the type would have been Wasatch, for the mountains they were built to conquer.

There were 25 locomotives fabricated in two different groups. Class 1 were locomotives #4000-4019 and Class 2 was numbered 4020-4024. The first Big Boy #4000 was delivered to Omaha, NE on September 5, 1941. UPs commitment to the Big Boy required them to replace the lighter rail and straighten out many miles of trackage for clearance as well as to resize elements of their service areas (such as turntable lengths, etc.) for the entire line these locos would run on.

The Big Boys demonstrated fantastic strength and speed as they faced these challenges throughout their storied careers. With the total mileage on the Big Boy fleet being approximately 1,000,000 miles for each locomotive, one must say that they earned their reputation.

Several examples remain in museums around the country but silently they sit as a visual echo to the thunder that once made them revered throughout the landscape that the Big Boys dominated.